Review of "The Lamprey Stone," a single story in a collection by Maria Violante 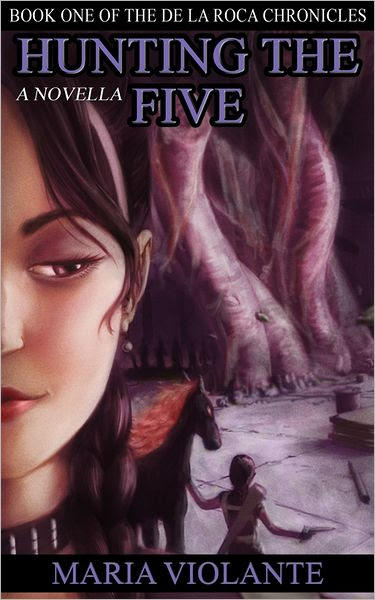 Summary:
It's a side of the southwest never glimpsed by mortal man - a heartless, barren outback riddled with ruthless demons. In its ignorance, humanity is powerless to stop these escapees from Hell and the havoc they create with their dark magic.

A gunslinger with no memories of her previous life, she has fought for the last three hundred years on the forefront of a supernatural war, relying only on her wits, her reflexes, and her own demonic powers - all to pay for her own release from Hell.

The Angels wouldn't send her in alone and unarmed, though; Alsvior, her gifted - if contrary - steed, and Bluot, a legendary revolver with an unquenchable blood-lust, have been with her every step of the way - alone with a series of terrible nightmares that might hold the keys to her past.

Then, an Angel appears with a bargain that seems to good to be true - five final targets, and she is free from her penance.

Quickly, she discovers that her old methods are not up to the task, and she's forced to team up with a mysterious gatekeeper and another mercenary - both of which need her for their own plans. With time running out, she has to figure out who to trust and who to kill, and fast, before she's demon-food.

With over a hundred pages of explosive action, breathtaking visual descriptions, and a host of shadowy players that will keep the reader guessing until the very end, HUNTING THE FIVE is Maria Violante's stunning debut to the De la Chronicles.

Review:
A fantastic short story with a kind of Ghost Rider feel to it.  But, thankfully, it has a much better plot and no Nicholas Cage starring in it.

I've read other work by Violante and she has displayed, yet again, that she is highly skilled in short form fiction.  The premise of the series takes a classic plot structure (going on a quest to find specific objects) and adds some fun new elements.  With vampires and werewolves seeping out of practically every paranormal/supernatural story these days, the demon twist was very refreshing.

Violante's writing style is descriptive without being overly wordy.  This is definitely a plus when it came to the action sequences.  I could picture the entire scene playing out in my head.  I also enjoyed how Violante managed to give just enough background to the protagonist as to make her seem real yet still keep her origins mysterious.  This is the kind of thing that makes me want to continue reading the rest of the collection.

I liked how there was action but it wasn't gory.  I loved how the author introduced a very complex supernatural type of universe without ever going into mundane detail.  This collection is definitely worth looking into and a highly recommended read.