Showing posts from April, 2016
Show all

Review of "The Suspect and other tales," a collection of short stories by K. Morris 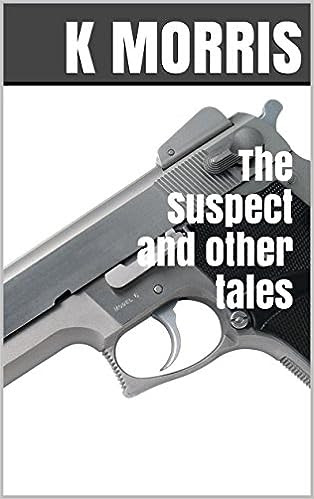 Summary: Tales of the unexpected, ranging from stories of crime and vengeance through to ghostly happenings in an ancient mansion. Review: A pleasant collection of flash fiction length pieces.  The stories are engaging and fun to read, though a bit simplistic with their twist endings.  Most veteran crime readers will be able to predict the ending of each story before it happens.  With some polish I could see Morris' style becoming quite thought-provoking. Still, the flash fiction was written well.  Each story was a complete experience and didn't feel rushed, which I appreciated.  It's worth picking up a copy if you want an easy afternoon read. 3/5 stars Reviewed by Alain Gomez Buy this collection on Amazon .
Post a Comment
Read more

April 06, 2016
They say that more than half of our communication comes from non-verbal cues.  Naturally, this has led to a hundred studies trying to figure out exactly  how much communication is verbal.  But you get the idea.  Suffice to say that if you were to watch a movie and put the sound on mute you could still generally tell what sorts of emotions the characters are experiencing. Unfortunately, this is something that tends to get easily lost during the writing process.  Writing is about words... the verbal part of communication, right? Wrong. To me, the most memorable books are the ones that create a world for you to become lost in.  You love the characters because they seem real even if the setting is in an alternate universe.  In order for that setting to become real the writer must give the reader non-verbal details to latch on to. For example, telling the reader that a character is angry doesn't create much of an impact.  How angry is angry?  Forcing the character to stan
Post a Comment
Read more
More posts