Showing posts from November, 2014
Show all

Review of "An Artist's Story," a single story in a collection by Dorothy Johnston 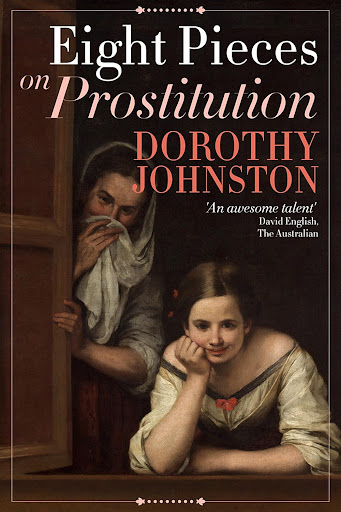 Summary: "The stories in Eight Pieces on Prostitution span the whole of my writing life and include my first published story, 'The Man Who Liked to Come with the News', which Frank Moorhouse chose for his 1983 anthology, 'The State of the Art'. My first novel, 'Tunnel Vision', is set in a Melbourne massage parlour, and I have continued to return to the theme of prostitution in my novels and short stories, notably in 'The House at Number 10' and in this collection. 'Where the Ladders Start' is a long story, almost a novella, based around a suspicious death. Many of the stories are set in Canberra, Australia's national capital, where I lived for thirty years before returning to Victoria's Bellarine Peninsula. The cover design is based on a painting by Bartolome Esteban Murillo called 'Two Women at a Window', which is held at the National Gallery of Art, Washington DC. Though the women in the painting are probably prost
Post a Comment
Read more

November 12, 2014
It has now been a few months since the launch of KU.  It has been good and bad for me so far.  The good part has still been a pick up in borrows for books that hadn't received any attention in years. The bad... has been wonky sales for just about everything else.  Things that were selling consistently are no longer doing so.  And the rate of borrows seems to fluctuate from month to month.  It's enough of a change in numbers to really make me consider if I want a particular title to be exclusive or not. So I've pulled a number of titles out of KU.  The trickle of borrows wasn't compensating for the exclusivity to Amazon.  But I have still left all of the works under one pen name entirely under the KU umbrella.  For some reason the combination of borrowing and genre works for that pen name. I have to say, the jury is still out for me on the practicality of KU.  The dust is starting to settle and I'm not sure if short stories are going to come out on top.
Post a Comment
Read more
More posts