Showing posts from November, 2013
Show all

I'm a night owl.  Always have been.  Before 10:00am I have been lovingly described as resembling the "ruler of the underworld and darkness."  Whatever. Fortunately I have a job that allows me to set my own hours and is conducive to having afternoon/early evening clients.  One would THINK that being a night owl is perfect for one with writing aspirations.  And it is. There's only one problem: creative juices. Pre serious writing era this is not a problem that would have occurred to me.  I worried about writers block or running out of story ideas.  Things that I now realize are silly.  A writer writes.  Words go onto the page whether they're good or not and you can worry about all that other stuff later. The thing is with creative juices is that it's not the same thing as creativity .  Writing takes a great deal of emotional effort.  Forming the correct words and phrases to make the scene in your head come out just right is almost akin to crying or d
Post a Comment
Read more

November 20, 2013
Review: **May contain spoilers** This story is... odd.  Since there's no summary provided I will briefly recap.  It's from the viewpoint of a man suffering from depression.  His son died and the death caused him and his wife to drift apart.  Most of the story takes place during what appears  to be some sort of party/convention for people with unusual eyes.  So the story switched back and forth between him talking to people at the party and flashbacks of the past. It's odd for several reasons.  The first is the author's choice of second person tense.  Instead of saying "he did this" or "he did that" it was "you did this" or "you did that."  Personally, I found this made the story harder to get into.  Instead of the story coming across as me getting to know the characters as I would a friend it was it became "psychological."  The end result was that I felt more detached from the story than I probably would have ha
Post a Comment
Read more

November 13, 2013
I have an hour set aside every day for writing and I have to fight to keep it free.  That's something that non-writers just don't get.  "Can't you just write for a half hour now, do this with me, and write for a half hour later?"  No, I can't.  I need uninterrupted writing time in order to get the brain flowing so that the resulting words are good, usable words. It's like running.  You can't just get warmed up, jog for fifteen minutes and cool down two to three times a day and expect it to yield the same results as jogging for an hour straight.  You need to get in the groove and stay in the groove for a prolonged period of time. So yes, my writing hour is an  entire  hour but it's also  only  an hour.  I might have some free time later in the day, I might not.  It doesn't matter so much to me so long as I get that scheduled hour in.  Later on I might fight the battle of how many writing sessions I get into one day.  But for now the hour see
3 comments
Read more 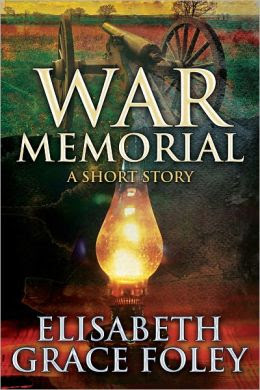 Summary:   At the bottom of an old trinket-box lies a misshapen bit of lead—a bullet from the Civil War, an old family keepsake preserved, but mostly forgotten, by later generations. And behind it lies a story—the story of a young girl's experiences in the days surrounding the fateful battle of Gettysburg, which force her to examine her own heart and show her the face of war in a way she could not have understood before. Review: I've always enjoyed Foley's stories.  She has such a simple and sweet way of putting together words.   War Memorial is yet another shining example of her style. The actual storyline itself is not ground breaking.  It's the Civil War.  Soldiers are killing each other but every soldier is still a human being.  But it's the way  Foley tells the story that makes you pause and reflect which, to me, is the sign of a good short story.  The lower word count means that you should want to take the time to the digest the words you&#
Post a Comment
Read more
More posts