Concept behind "Dead in a Flash" by Alain Gomez 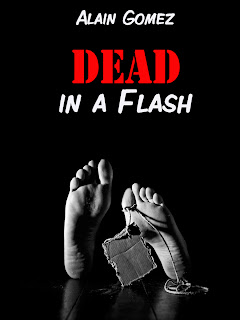 Dead in a Flash is a flash fiction collection that explores those last few seconds before death occurs.  I've had this idea rolling around in my head for years now but nothing ever came of it until now.  I was inspired when I visited London for the first time and took a tour of the Tower.  As a part of the tour, they show you where all the famous "traitors" (people like the wives of King Henry) of England were held and where they walked as they were led down to the chopping block.

For some reason that little walk was very powerful to me.  This may have been due, in part, to the fact that I had been reading a lot of books about the Tudors at the time so a lot of the people they were talking about were fresh on my mind.  As they led us down the step I had this weird past/present feeling and it occurred to  me that if this were my execution, those surroundings would be the last few things I would ever see and experience.

That whole idea of dead before your time or an unjust death really stuck with me.  For a long time I wasn't really sure how I could portray that in writing.  Then I got into the ebook scene and flash fiction seemed like the perfect medium.

Dead in a Flash is possibly one of my more favorite things that I've written so far.  I don't know if anyone else will ever appreciate it but writing this collection really pushed me as a writer.