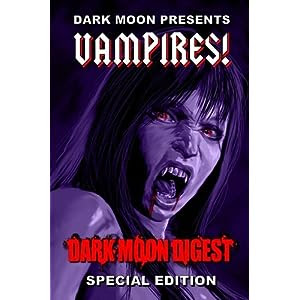 Summary:
It's true that few of us would choose the life of a zombie, mindlessly consuming every moving thing in sight as we rot and shrivel with decay. It's also true that few of us would choose to become a ghost, dolefully watching the comings and goings of the living, unable to touch, to breathe, to feel them in a physical way. But, if given the chance to become a vampire, I think most of us would bite. Vampires make our pulses quicken: whether they are the velveteen figures of Anne Rice or Bram Stoker, or the violent monsters of Stephen King, we don't care. Not the hunters. Not the hopefuls. The real, blood-drinking, neck-biting fiends. Vampires are timeless because they are immortal. And the vampires in these pages may just come back to bite you in the end. These are stories you can really sink your teeth into. Promise.

Review:
In “State of Grace,” Tara Fox Hall writes about a rebel vampire and his human compatriot as they rail against the practices of the local vampire brethren. Thankfully, Hall avoids the cliche “forbidden love” angle between her main characters and focuses instead on her daring duo’s attempt to stick it to The (Undead) Man.

Hall’s vampire hero is a teenager and the author is successful in making him feel and sound as such to the reader. Likewise, her human heroine is young and acts accordingly. Sadly, she vacillates wildly between being a tough, spunky broad and a hopelessly inept girl in need of saving. This type of female character, brash enough to run the show but weak enough to constantly need the help of a male companion, has always been a pet peeve of mine. Still, Hall gives her main players enough personality to be interesting and slips the reader just enough background for us to see them as complicated, believable characters.

Stories like “State of Grace” walk a fine line. Right now, vampire stories are incredibly popular. The upside is that people want to read vampire literature. The downside is that it’s hard to write a good one that will set itself apart from the crowd. While Hall’s “State of Grace” is entertaining enough, there is no sophistication to Hall’s writing. The transitions between scenes are often disjointed, even confusing at times, and the author’s writing style seems parroted from what she thinks fantasy fiction should look and sound like.

Though the story is sprinkled liberally with scenes of violence, they feel so forced they fail to have much impact. The author clearly wants to show the brutal nature of her characters’ world, but the scenes read like the violent content descriptions on IMDB: man is stabbed and blood gushes forth, man is beaten with a chain, etc. Likewise, Hall makes a few anemic efforts at creating romantic tension, but they are oddly placed and feel like an afterthought.

In all, the story is amateurish and awkward but not un-entertaining. It has elements of originality and character development that are promising, and for lovers of vampire short stories may be worth a look.

Buy this collection on Amazon.