Showing posts from April, 2014
Show all

Review of "Leaves of Departure," short story by Tony Acree

April 30, 2014
Review:
A sweet albeit abbreviated piece by Acree.  Since a summary is not available I'll provide a brief one: an old man must come to terms with the anger he feels about his wife dying before him.

Acree does an excellent job with imagery which is really the draw for this story.  The smell of the leaves being raked, the old man's mental state, etc.  However, the pacing of this story is just a little too fast.  Instead of delving into the old man's life and letting it unfold naturally, everything is summarized in just a few paragraphs.

I feel like this rapid-fire approach to plot points somewhat lessens the impact of the old man's emotional journey.  It still had a nice bittersweet flavor at the end but I couldn't shake the feeling that it could have been more.

Still, Acree's style of writing is enjoyable.  Definitely worth checking out more by this author.

Find out more about this author on his website.
4 comments
Read more

A Way of Life

April 23, 2014
I've been a musician nearly all of my life.  I started playing the violin right before I turned four.  I can't even remember a time I didn't play the violin.  It's a deeply ingrained part of my life and something that contributed to my choice to study music in college.  When I arrived at that crucial life crossroad I realized that if I didn't choose to study music, I would probably stop playing forever (or at least make it hard to take up).  I chose to keep going.

I've never regretted my choice.  To this day I find music fascinating and by studying it in college it landed me in a career that I thoroughly enjoy.  Teaching the violin is something I feel like I was meant to do and I realize how rare that is when it comes to jobs.  Most people are not that lucky.

But as much as I connect with teaching, I realize more and more than I've never connected with a musician's calling.  I've never been a good practicer.  In college people would camp out in a pr…
2 comments
Read more

Review of "The Best of Fathers," a single story from a collection by Tony Williams

April 16, 2014
Summary:
Who are the stars of these brief lives? A boy who steals a trundlewheel. An astronaut. A betrayed wife. A man jealous of his lover's chickens. Commuters. Glampers. Psychotic twins. What do they have in common? Nothing -- except the funny-haha and funny-strange conditions of their lives that bring them joy or misery and make us laugh at them and pity them and love them too. What happens when you lose both your eyes to squash accidents? When you inherit a shop full of curios? When you fall for the spirit of a famous murderer? When your son's a tramp? When the one you love is about to kill herself? Or has the Ganges delta in her bloodshot eye? When your butcher doesn't know anything about meat? Discovering the answers to these questions will knock you sideways -- and show that the more we understand about people's oddity, the more we come to appreciate their essential humanity. In these tiny stories, written over a period of a few short months, Tony Williams push…
Post a Comment
Read more

One of the most interesting parts of running a review/beta service is that I get to read all sorts of stories.  Sometimes even stories that I would not have personally chosen to read but ended up enjoying nonetheless.  It really makes you think about what YOU write as an author.

I write about what scares me.  I write about what fascinates me.  And you know what?  What intrigues ME may not be interesting to everyone.  Get a room full of music nerds together talking about chord progressions and you just started the party.


Talk about chord progressions while having a beer and you just cleared out the room.

But that's ok.  I don't have to please everyone.  In the past two years I've been working on toying with that fine line between writing what makes money and writing what I enjoy.  It really shouldn't be one or the other but some combination of both. 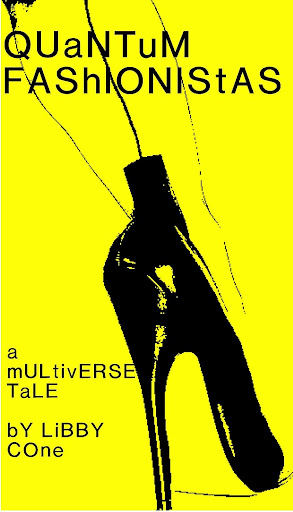 Summary:
The Cloud is dead. It's the age of quantum computing. Join insurance actuary Sharon Feldstein and her sidekick, Shabbetai Zvi, as they travel the multiverse to change the history of footwear.

Review:
I read this story.  And I have no idea what just happened.  By the end I got the gist of things.  There was a 40s-something woman who works with time travelers (some company named Earwig?).  Something about shoes too (changing who invented flats?).

Cone does get points for her idea.  Like I could see where she was trying to draw out humorous elements.  The delivery, however, needs quite a bit of work.  Character after random character just gets thrown at the reader with no logical plot progression whatsoever.  Nothing was developed and there was zero character personality.  Granted, it is a short story.  But I still need to know enough to care about the fate of the characters.

Definitely needs some work.  But with some polishing I could see Cone having a cute series on her han…
Post a Comment
Read more
More posts