Showing posts from January, 2012
Show all

January 31, 2012
As an author, it's easy to become downtrodden with sales numbers.  This is especially true if you primarily write short stories.  You sell so few in the beginning that every sale counts.  Other authors may complain about only selling 10 copies a day for the past week.  You may laugh and commiserate that your sales are also down, conveniently neglecting to mention that you've never in your life had a double-digit sales day.  Selling 3 copies on Amazon is a fantastic day for you.

In situations such as these it's more important than ever to keep the big picture in mind.  Right now I make about $15 a month from Amazon from ebook sales.  Will this pay my rent?  Not even close.  But that's $15 I didn't have before.

In any area of self…
2 comments
Read more

Review of three stories from "The Short, the Long and the Tall," collection by Andrew McIntyre 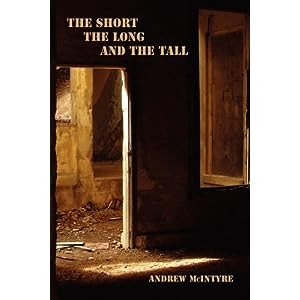 Summary: The Short, the Long, and the Tall is a collection of 34 stories published during the last 10 years, many of the stories sections that follow on from one another to constitute single narratives. The recurrent metaphorical theme of the collection is armed conflict, and the question of civilization, presented against contemporary events and the repetition of history.

War and the military are associated with barbarity yet, in order to survive, a civilized state needs a strong armed force. How this force is used in harmony with our ethics is the test we face. Set in jungles and third world cities, the stories feature hard-bitten, thoroughly disillusioned Westerners enduring far from home, struggling against insurgencies, and confronting this paradox.
Review: The stories contained in this collection are more flash fiction style rather than short story; most of them clock in around 500 words.  Overall I feel that if McIntyre could tighten up his presentation just a little more, his s…
Post a Comment
Read more

The Allure of Being an Author

January 25, 2012
I think it's really interesting how many people are drawn to being published.  There's a whole spectrum of commitment that goes from "Like the idea of writing" to "Aspiring author" to "Published author of ____ series."  Go on Twitter and you can see the whole range.

I think the desire to be published is different from a desire to write.  Writers write because they enjoy creating their own little worlds.  Anything is possible so long as you can find the right words to string together.  Writing gives your imagination a sense of freedom.

Publishing seems to be, in my opinion, aiming for real life freedom.  So many things are limited in our lives simply because we don't have enough hours in the day to do more.  I can only see so many clients in day and, therefore, can only earn so much per hour.

But writing is a limitless prospect and I think that's what draws people in.  In theory, there's really no cap to what you could do/earn.  Book s…
Post a Comment
Read more 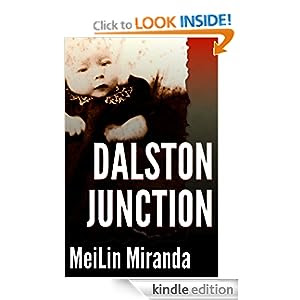 Summary: Unwed motherhood in Victorian England spells the end--your chances of marrying, chances even of working, disappear. Unless you can somehow "disappear" the evidence...

That's where "baby farmers" Amelia and Margaret come in. They'll care for your unwanted infant--for a fee.

But what are they really doing with the babies? When the police find dozens of tickets for pawned baby clothes and no evidence of the babies themselves, Amelia and Margaret become wanted women, and the life of a newborn hangs in the balance.

Review: **WARNING! This review contains spoilers**
An very interesting story by Miranda.  I had to read it through twice to catch everything.  Both times I feel like there are some strong pros and cons.
Miranda can certainly write short stories well.  She understands how to provide elaborate description and character traits using minimalistic wording.  The plot flows well and I felt compelled to keep reading to find out how everything turns out…
Post a Comment
Read more

January 19, 2012
I'm kind of addicted to the shows Deadliest Catch and Storage Wars.  My family makes fun of me constantly for watching them but I've noticed that whenever I turn on an episode they plop down and watch it right along with me.  At least I'm honest about my addiction.

I feel like aside from the chain smoking, poor nutrition habits, incessant swearing, and high risk of death/injury while on the job... I can really relate to those crab captains.  While I would not personally want to be on a boat chucked around by 40 foot waves, I can understand why they do what they do.  Same goes for Storage Wars.  I would not have the patience to sift through piles of worthless c*ap every day.  But I still get it.

It's that feeling of uncertainty when gambling what it is that will make you rich.  I think indie authors have to have that streak in them to some extent to push them to keep writing.  It's really not the same thing as casino gambling.  That kind of stuff really doesn't…
Post a Comment
Read more

Review of "A Jar of Mixed Treats," short story collection by Michael Kingswood

Summary: A collection of five short stories. Included in this collection are:

Lords of the Remnant.
- Aliens strike at the Centauri colony, overrunning it completely. Then, sooner than anyone imagined they could, they arrived at Earth to continue their conquest. An infantryman, certain resistance is futile, nevertheless deploys with his unit to fight against the first wave of invaders. As his comrades die around him and all hope seems lost, he finds the courage to fight on, but is confronted with a choice that will not only affect his own future, but that of all mankind as well.

How NOT To Rescue A Damsel In Distress
- Larian, a young soldier fresh from the Martial Academy, goes home on leave to find his village attacked by brigands and his girl kidnapped. He immediately sets out to rescue her, but things do not quite go as planned. This is a fantasy short story of gallantry, daring, swordplay, and romance.

Concept behind "Cure" by Alain Gomez 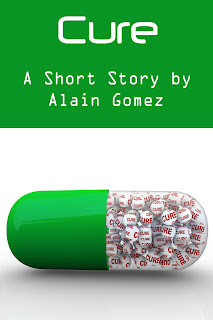 I've always thought the concept of time an interesting subject.  I know next to nothing about physics but I think it's safe to assume that at this point, even expert physicists are in the dark about time as well.  I mean, we really have no way of knowing how time travel would affect things unless we actually tried it (IF we could even try it).  It's like speculating about the afterlife or something.  No one is truly an expert.

The concept behind Cure came from my interest in time and my second favorite speculative subject: toying with the moment of death.  I truly believe that when it's your time to go, that's it.  You can't cheat death.  It's like the line from the Emily Dickinson poem: "Because I could not stop for Death, he kindly stopped for me."

I've only sold a handful of copies of this story thus far but so far it's been one of my more favorite ones to write.  Basically the whole premis is about a guy preparing to go into cryogenic…
Post a Comment
Read more

January 10, 2012
To-date, I have several collections out for sale, each with a different focus.

The Next Stop - 3 stories will Twilight Zone-esque twists

Of the four collections, the Space Hotel one is definitely my best seller.  I credit this largely to the fact that I had Celebrity Space (part 1) up for free for several months.  Before the free period, it didn't sell at all.

The rest of them I get the random sale here an there but nothing consistent.  I have standalone short stories that have been out on the market long enough that they are starting to pick up slow, steady sales.  This just hasn't seemed to happen with any of my collections.

I suppose I could go through and pick apart the "presentation" of each collection.  You know, analyze the cover and the blurb... things like that.  But I hone…
Post a Comment
Read more

January 07, 2012
Man, where did 2011 go??  I was just starting to get used to it.  But at least the December sales were decent.  I have now gotten to a point in my writing career where I'm not sure if my sales are increasing due to the season (large numbers of kindles/nooks being gifted) or if it's just because my author name has existed long enough that it starting to "get out there."  Hopefully both?

No new selling gimmicks for December for me.  I admit, I've been too busy with holiday stuff to really focus on my writing.  I did add my latest collection to the KDP select program.  But I'm going to wait a bit before I create a conclusion drawing post about it.

Just the usual reminder that these are my paid 10,000 words or less and their collections only numbers.

January 04, 2012
So it's been just shy of a month since Celebrity Space went "unfree."  Right after the story switched back to paid I was getting 1-3 sales a day for about two weeks.  I have noticed a slow down lately.  Hard to say if it's because of the right before Christmas season or if it's just a natural slow down.

I thought I would ramble a bit about my overall impression of my "free" experience.  One major con is that if you make the story free through Smashwords it takes a long time.  Several months even.  So if you want to take the free route, plan accordingly.

I did notice that my overall number of free downloads were very low compared to what other authors have reported about their free novels.  This is just a good tidbit to digest if you're writing short stories.  For me I think it proves that there is an audience out there but it is definitely smaller than the novel reading crowd.  There are literally people you can't even give away a short story to…
Post a Comment
Read more

January 01, 2012
Happy New Year!  I hope everyone was able to bring it in with a smash.  Or, at the very least, a smashing new story if you decided to stay in =)

I gave up making resolutions long ago.  I enjoy celebrating the new year but it's just not a big enough holiday in my mind to make me feel any sort of guilt about breaking resolutions I made mere hours before.  But goals I can do.  At least they help me to stay on track and keep a good pace.

Life goals are too vague.  Plus I usually forget about them a week later.  But I thought some New Year's writing goals might be nice.  So here are some things I'd like to get done in 2012 before the Mayan apocalypse occurs:

1.  I really want to finish my latest western novella.

2.  Try and keep up last year's pace of publishing one story and/or collection a month.

3.  My Photoshop skills are still pretty rudimentary so I'd like to work on those a bit.

4.  Publish at least one non-fiction work.  I've really been slacking off in my n…
2 comments
Read more
More posts