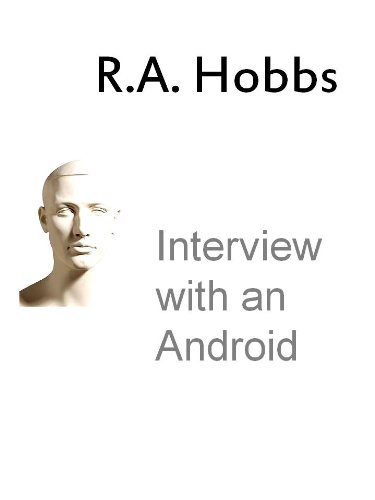 Summary:
Popular and irreverent talk-radio show host, Chip Gregory interviews his latest controversial public figure – an android named Paul, who claims to believe in God. While on the airwaves of his volatile and popular call-in talk radio show, Chip finds his audience just as explosive as its subject matter.

Review:
A truly thought-provoking and interesting piece by R.A. Hobbs.  There's very little description.  As the summary suggests, it's an interview.  But this is one of the reasons why I like short stories.  A story can be a simple conversation and that's it.

I was a little skeptical about the story at first.  It started out with lines that reminded me of every android I've seen on TV ever.  But as things settled in the story began to have a life of its own.  Less "I Robot" as it where.

The radio show format was perfect.  The questions raised were answered just enough to make you think and not feel like you're reading a sermon.  I was surprised how sympathetic Hobbs was able to make the android protagonist.

Well worth picking up a copy.  This is a short story you don't want to miss.