Review of "The Deadly Path," a Short Story by Will Granger 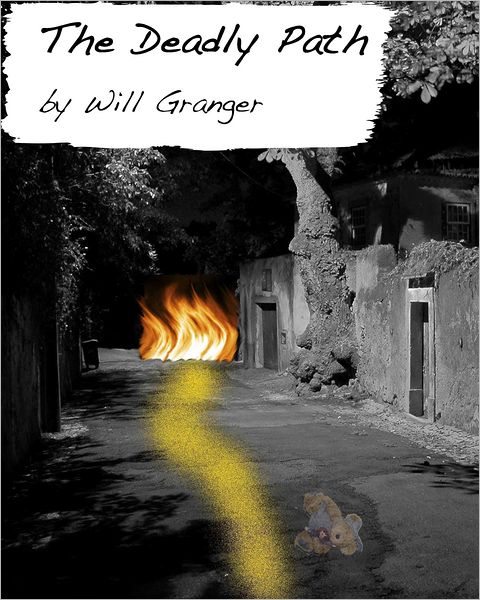 Summary:
In this short story, five-year-old Cindy watches from her bedroom window as an old man passes by in the middle of the night. Strangely drawn to the man, Cindy sneaks out of her house and finds him by following a golden path that only they can see. She watches as he buries strange coins by the corners of several houses.

What Cindy does not know, is that people start dying in those houses. Cindy's life changes when her best friend dies in a fire, and she finds one of the coins buried under the ashes.

Review:
There were things that I both liked and didn't like in this story by Will Granger.  I liked the concept and the pacing.  This may be a personal preference, but much can be forgiven in a short story if the concept is intriguing.  Granger does a good job implying a lot of things instead of spelling everything out.  This allows the reader to really focus on the creepy "Indian burial ground" aspects of the story.

The pacing of "The Deadly Path" also works well.  The whole story takes place over the course of twenty years.  All information is presented in almost news-like snippets. The scenario of one year is explained and then the next "chapter" will be several years later at the next incident.  Time jumps are often a problem in short stories due to the length.  But Granger did a credible job presenting a short story over a large span of time without any real head-scratching.

What I did not much care for were the characters.  Cindy's parents were flat, but I was actually ok with this.  I understood their purpose.  My biggest issue was with Cindy herself.  The story focuses on Cindy and the first twenty years of her life.  So we're watching her grow up.  In all the various age points, there's no real change in how she sees the strange man.  At five years old she's shockingly mature in how she sneaks out of the house.  At seven she displays deductive reasoning/planning that would rival most adults'.

I think this story could have really had more of an impact if how Cindy viewed this strange man changed as she grew up.  At the age of five most kids are still planning to be professional super heroes.  So the man could have had some mystical/supernatural qualities to him.  Then watching him go from "spirit-like" to more real and creepy as Cindy herself starts to mature and realize what he really is.


Buy this short story on Amazon or on B&N.
3 stars reviews Will Granger