Review of "An Artist's Story," a single story in a collection by Dorothy Johnston 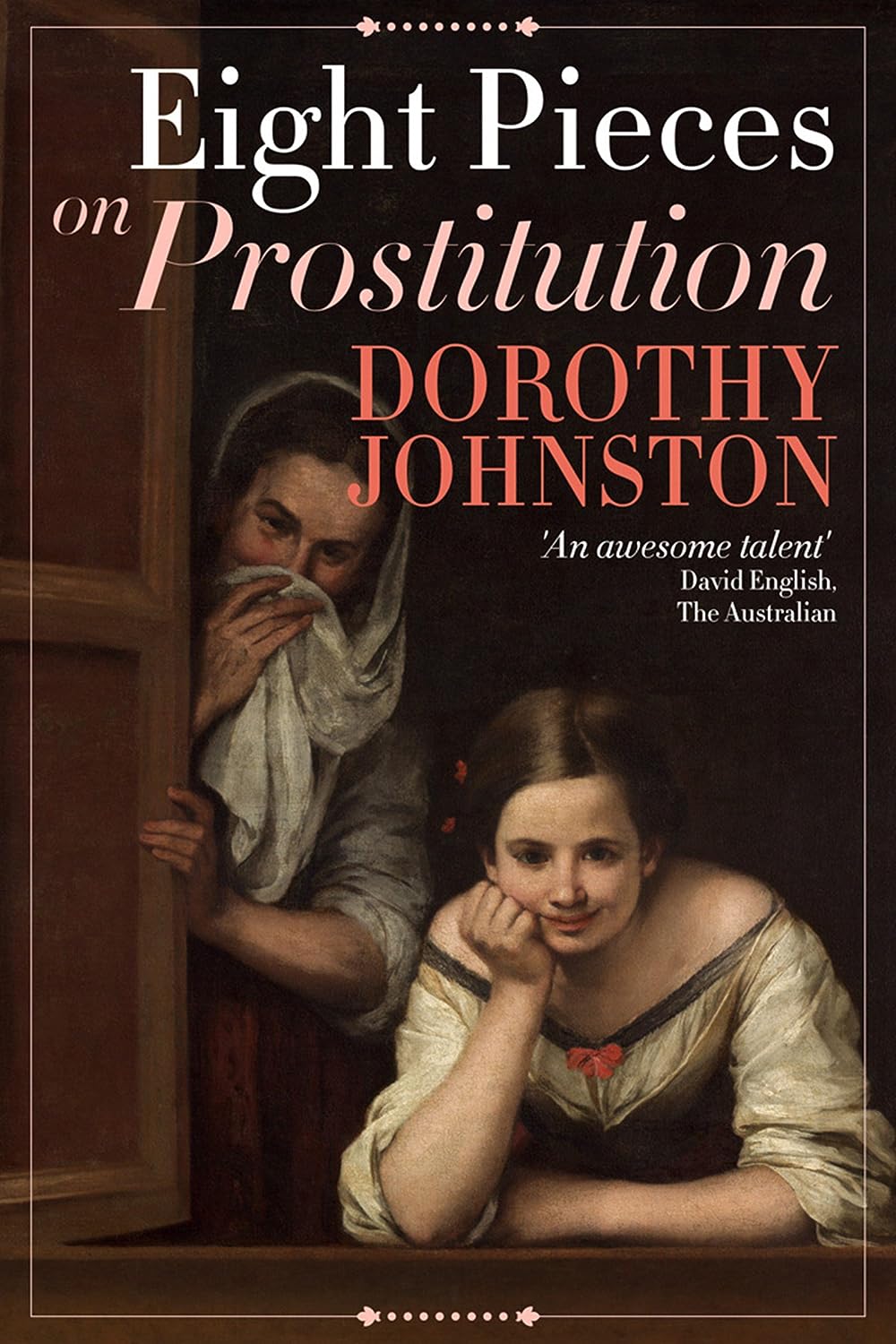 Summary:
"The stories in Eight Pieces on Prostitution span the whole of my writing life and include my first published story, 'The Man Who Liked to Come with the News', which Frank Moorhouse chose for his 1983 anthology, 'The State of the Art'. My first novel, 'Tunnel Vision', is set in a Melbourne massage parlour, and I have continued to return to the theme of prostitution in my novels and short stories, notably in 'The House at Number 10' and in this collection. 'Where the Ladders Start' is a long story, almost a novella, based around a suspicious death. Many of the stories are set in Canberra, Australia's national capital, where I lived for thirty years before returning to Victoria's Bellarine Peninsula.
The cover design is based on a painting by Bartolome Esteban Murillo called 'Two Women at a Window', which is held at the National Gallery of Art, Washington DC. Though the women in the painting are probably prostitutes, it is not absolutely clear; there's an ambiguity about them, as well as an amused self-awareness. I like this very much and feel that it suits my stories."

Review:
I was left with mixed impressions after reading this story.  The words were beautifully strung together.  Johnston's writing style borders on poetic in allowing the reader to appreciate the details of something as simple as a comfortable room.

But as the story unfolded, the enthralling words gave way to a sense of confusion.  Scene changes happened abruptly and with little explanation.  Added to all this was a cast of characters that almost seemed real.  I wanted so desperately to understand the main character.  Teasing hints of her personality were given but then a sudden new development would quickly crush that conception.

The end result was a beautifully written story where I felt like I enjoyed the reading experience but I wasn't entirely certain what I read about.  I confess, the main character's life revelation was lost on me.

Buy this collection on Amazon.