Review of "On the Clock in Vegas," short story by Brian Bergquist 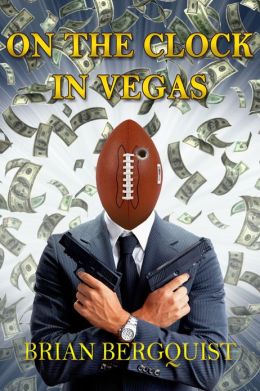 Summary:
Professional gambler Benny Delgano is in Las Vegas to compete in a high stakes fantasy football tournament for one hundred thousand dollars, only to run into a demented criminal from his past with revenge on his mind.

Forced into colluding with Tommy the Wolf at the fantasy football draft in order to spare his friend's life, Benny finds out the stakes were higher than he originally thought.

Review:
I'll admit, the subject material is not really my cup of tea.  I'm more of a Settlers of Catan gamer rather than high stakes gambling.  And I know just enough about football to follow a game.  But fantasy football?  Lost me there.

That disclaimer said, the writing was compelling enough that I still enjoyed the story.  Even though the terms and catchphrases thrown around sometimes sailed over my head, there was enough action and intrigue to compensate for that.

There's a very small twist at the end.  I won't spill the beans in this review but the twist hinges on the protagonist, Benny, being a bit more clever than the reader gives him credit for.  I almost kind of wish this had been played up more?  Like instead of reading like a noir gambling story it would have been more interesting to the lay reader if it had read like a Sherlock Homes.  No mystery solving, minding you.  Just giving clearer hints about Benny being one step ahead of everyone else.

Buy this story on Amazon or Barnes and Noble.
3.5 stars Brian Bergquist reviews