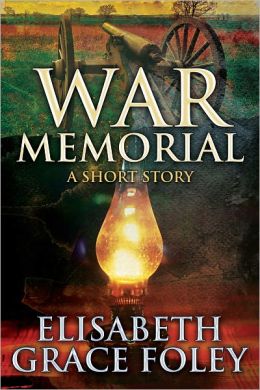 Summary:
At the bottom of an old trinket-box lies a misshapen bit of lead—a bullet from the Civil War, an old family keepsake preserved, but mostly forgotten, by later generations. And behind it lies a story—the story of a young girl's experiences in the days surrounding the fateful battle of Gettysburg, which force her to examine her own heart and show her the face of war in a way she could not have understood before.

Review:
I've always enjoyed Foley's stories.  She has such a simple and sweet way of putting together words.  War Memorial is yet another shining example of her style.

The actual storyline itself is not ground breaking.  It's the Civil War.  Soldiers are killing each other but every soldier is still a human being.  But it's the way Foley tells the story that makes you pause and reflect which, to me, is the sign of a good short story.  The lower word count means that you should want to take the time to the digest the words you've just read.

As with most short stories it's hard to classify who they would appeal to other than those that just love "a short story."  War Memorial is kind of a war story, it's kind of a romance and it's also kind of a fable in that there's the hint of a morale at the end.  But it's really just a lovely read.  Worth picking up a copy to read with a coffee, you won't regret it.