October 03, 2011
To help illustrate what's I've gone though is this past year of e-publishing, I thought some handy charts and numbers might be in order.  Last October I self-published my first ebook.  At the time I thought I had a handle on things.  Sure there might be a few new things to learn but that would be easy enough to figure out by myself.  Which led to a learning curve line that looked roughly like this:

The straight black vertical line being me.  There was no learning curve or slope.  It just went from negative knowing anything to realizing that there's a heckofalot left to learn.  I like to think that right now I'm right about at the 0.  0 can hold its own.

So yes, it was a major wake up call once I realized that I would actually have to do work to sell the two coverless stories I had just posted online.  They weren't just going to sell themselves.  And yes, my first two stories were coverless for about a month.  I didn't know how to make covers and I thought I wouldn't really need covers.

I'll never forget when I saw my first sale to a complete stranger.  That's when I turned into one of God's most pathetic creatures: an indie author addicted to sales checking.  This, naturally, led to emotional highs and lows over my sales that have been very carefully documented in the following graph:

It took me about three months before I started to put any effort at all into the marketing thing.  By marketing I mean I started to tentatively venture out into internetland to see if I could find some forums that had writing/publishing advice.

In retrospect, I actually feel like I got pretty lucky in this one area.  I found two writing forums right off the bat, one of them being Kindleboards.  While KB does have a huge reader population, the writing community on that forum is just phenomenal.  Not only is everyone there really supportive of independent authors, they are also a font of wisdom, knowledge and experience.  As I said, I got lucky on this one.  I have since visited some less newbie/indie friendly forums and it would have probably be very discouraging if that type of place had been where I was trying to "learn the trade."

It was actually because of talking with people on Kindleboards that I started to market myself toward the short story niche.  I've always enjoyed short stories and I've also enjoyed writing shorter works.  I never even bothered to try and submit my works to a publisher because I knew I would get rejected for length alone.  But I started to realize that the ebooks are changing everything about publishing.  Though the general reading public may not be aware of it we are living in an interesting time right now.

It's kind of strange to think that in just a year how much my perspective has changed and all the people that I've now come in contact.  Making new friends online has been one of the best parts.  Authors that hail from all over the world but are still in the same boat as me.

So here's to another year of publishing and meeting even more online friends!  Hopefully this year the learning curve will favor this graph a little more: 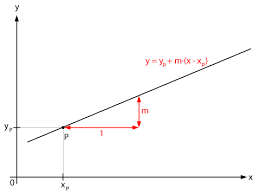